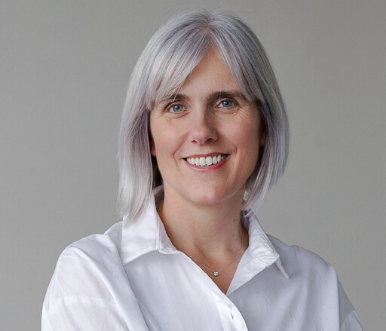 What Personal Success Means to Me – Jane Johnson

This year Jane continues to talk to high-profile women about how they combine work, family and well-being. This week she interviews the woman behind Careering Into Motherhood, Jane Johnson about what personal success really means to her…

You have one child and are a run the Facebook Group Careering  Into Motherhood,  so what does a typical day look like to you?

I have a five-year-old son, and as well as running the Facebook Group Careering Into Motherhood, I’m the founder and MD of Feel, a recruitment agency that works with clients who are willing to talk about some kind of flexible working in the role and open up their organisation to huge pools of talent that their competitors are just not reaching.

So a “typical” day is usually a speedy family breakfast before my husband does the school run and I go to a spin class. My husband does at least half the childcare, it’s something we are figuring out as we go along, but we made a decision to manage the childcare together and I don’t believe we will ever crack this hard nut of gender equality in the workplace without gender equality at home.

I try and get some exercise in and then I’m either off into London to meet clients or I do a lot of work from my home office. When I was setting up the business, I looked at serviced offices and a range of different spaces but given I was promoting the huge benefits of flexible working, I didn’t want to be tied to a location where employees would have to come and observe office hours – it felt like I had a genuine opportunity to rethink the 9-5 now I ran my own business. So that’s how I’ve built the business. If I’m entertaining clients or need a workspace in town, I use the AllBright female members’ clubs – they’re amazing.

In what ways did becoming a mum have a positive impact on your approach to your work life/business?

It made me more confident in my ability to get stuff done. I took 8 months maternity leave and negotiated a job-share role at Director level when I went back. I used to get in early but leave early to get back for my son. I knew I simply had to get out that door so I didn’t go to the gym on company time or take long lunches, I was extremely productive during those hours and of course, I could pick up again later in the day but in a funny way it made me see the inefficiencies of the way I used to work.

It also obviously gave me a new understanding for people who have to juggle other things outside the workplace. I used to think work was the biggest thing in my life, suddenly I realised it was a part of it but so many people have to fit it in around a lot of other very important stuff whether that’s caring for an elderly relative, going through medical procedures, dealing with illness, volunteering where other people are counting on you. There is a lot more to life than being in an office 12 hours a day. It also made me realise that when I hire people I want them to be completely responsible for their own time management. You’re employed to get a job done not to give an employer your physical presence.

What does personal success mean to you?

The way companies currently hire people and design jobs is completely at odds with the way people live their lives today. I will feel personally successful when there is a real change in this regard so that the women leaving university today and in the future are not forced to make a decision between staying in the workforce and using their education, and leaving it if they don’t want to. I am proud of the fact I can single out a good number of people currently in senior roles who may not have continued on that path if they hadn’t been supported by my company or seen a job to apply for on my Facebook Group. But I want to see a much faster pace of change. So I’m working on it!

What one piece of professional advice would you give other working mums/mums in business?

Think outside the box. If you’re looking for work around a family, don’t go to an employer advertising a full-time role, and ask for a part-time job. Think creatively and work with them to ensure you can cover the core hours they need but also be where you need to be for whatever other commitments you have. The same goes for domestic arrangements, if it’s all on you and causing you stress, how can you redesign things at home to relieve some of that stress. We are in unprecedented times where we really can disrupt and re-design and build a personal and professional life that is as unique as we want.

What one thing for yourself do you always make time for?

I do quite a lot of fitness training (after years of doing very little!)..and have been known to train in the garden while CBeebies does the childcare on the very odd occasion when I’m really stuck. It’s good for my mental as well as physical health.

If you were invited on Desert Island Discs, what would your top music choice, book and luxury be?

Great question! Music really depends on how I’m feeling. I love Candy Staton’s You Got the Love – apart from just being an ace tune, I think the words spell out some of the love and security most parents want to provide for their kids.

The book would be Dante’s Inferno. Little known fact but I’m fluent in Italian and studied the Inferno for about 10 years of my life. It tells of so much that’s relevant today about people, love, evil and emotions.

My luxury would have to be an internet connection! I cannot do my job, or pretty much anything if I’m not online. Everything is set up in the cloud which is great as it means I was able to work for 6 weeks in the summer from Sardinia and keep everything running as usual. I have been known to have a bit of an online shopping obsession too but that’s for another time!

Is there anything you’d consign to the ocean and why?

I thought we are trying to clean up the ocean?! (JK: Very true Jane, time to update and reword this question!) There’s a lot of stuff I’d put in the recycle bin ..and regularly do! My son is fixated on the tat that comes in party bags. He literally keeps it for years and has boxes of these tiny toys under the bed. Every so often I try and do a clear-out and then get the inevitable, “Have you seen my….?”

Finally, one last tip for women returning to work after a break?

Be honest on your CV, but also give an employer something to go on in terms of the skills you’ve developed and how you’re now new and improved and returning to the workforce. Don’t try and pass off gaps as a sabbatical or describe a career break as anything other than what it was. Hiring managers are (usually!) people too and know that women give birth and sometimes also take time out. They want to know that you’re the kind of person they would want in the office with them on a very stressful day, and you’re not going to fold. That’s pretty much every mother I’ve ever met.

How can we find out more about you?

Join the Careering Into Motherhood Facebook group. It’s a supportive community of five and a half thousand people – mostly women – who are all trying to juggle some of the struggle that is working and raising children.

You can also listen to the Careering into Motherhood Podcasts HERE

Whatever your idea of personal success, we can help you achieve it… get in touch at