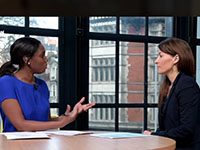 New figures released show that more that 117,000 parents in London cannot return to work, as they cannot afford the childcare costs.

It has been calculated that this has cost the Government, and therefore the taxpayer, an estimated £389 million, due to the increase in child tax credits and the loss of tax revenues.

The company that carried the report says that this years report shows that the Coalition Governments childcare policies are not working.

Tom Harrow, CEO of Findababysitter.com comments on the findings: “The last 12 months have seen very little change when it comes to childcare, and the general feeling toward government hasn’t shifted amongst the age group that are most affected – 18-34 year olds.

“In 2015 we want to see more businesses offering better flexible working hours, and treating mums and dads equally when it comes to childcare – it’s a joint responsibility, and that should be reflected in the workplace, especially as the pay gap between males and females continues to reduce – The gender pay gap for all employees, full-time and part-time, in 2014 was the lowest on record at 19.1%, down from 19.8% in 2013.”

Jane Knight of Successful mums joined Headline London to discuss the findings of this study.